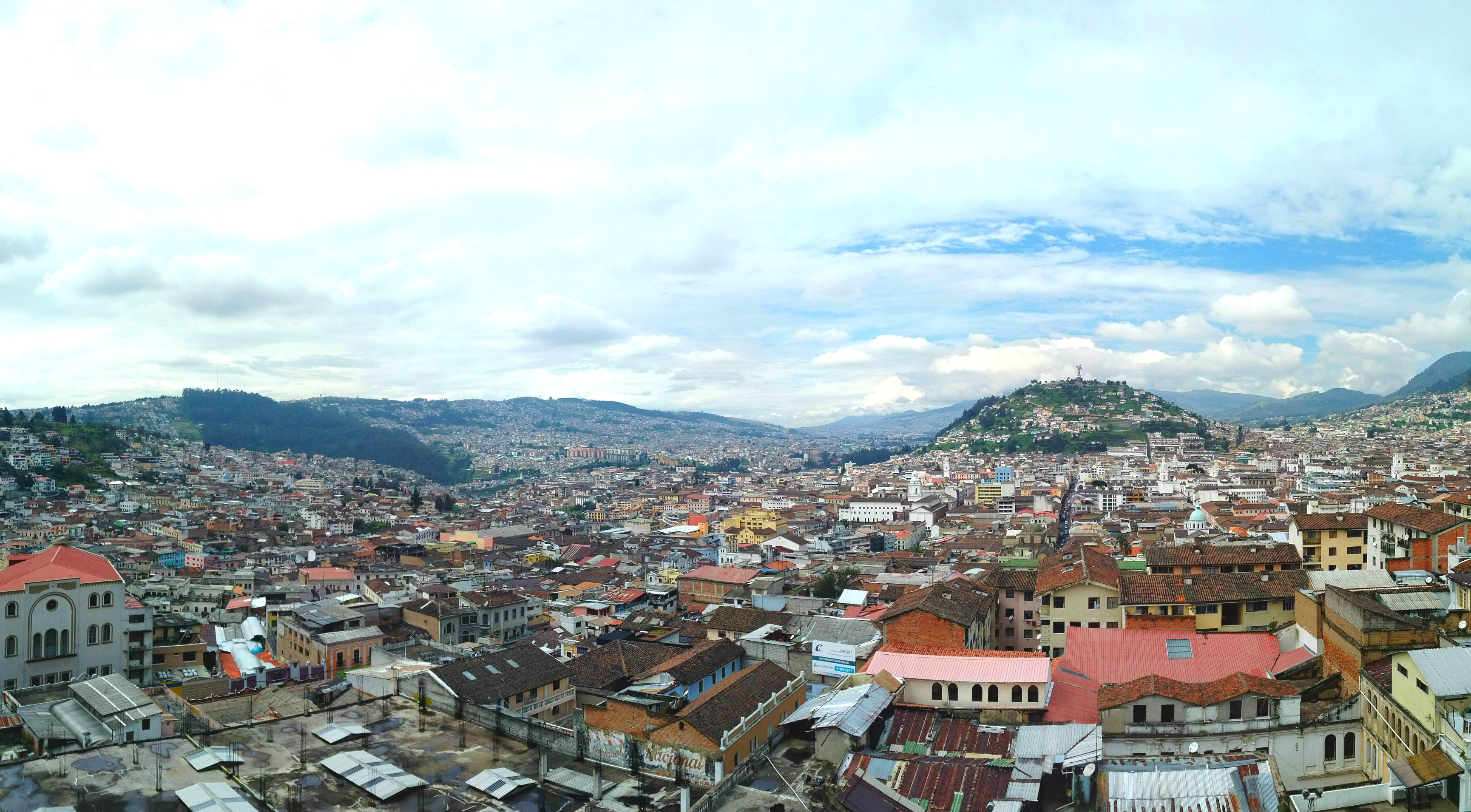 We woke up groggy and covered in travel funk this morning ready to conquer the day. I’m Julia, one of the 12th grade students attending this trip. After months of endless work in my Global Education course I'd like to pretend I know what I’m talking about.

The truth is, I’ve still got a lot to learn.

After waking up in the Hotel Adino which most of us barely remember arriving to in the middle of the night, we made our way down to the breakfast table. There was this strawberry yogurt with granola, eggs, and bread. It was everything I’d dreamt it would be. A delicious start to the morning! We later boarded the bus and met Mary, who toured us through the city of Quito.

We walked about Old Quito and learned about the three divided portions of the city. The North Side as well as Old Quito is wealthier, while the south side is less so. It was interesting to see the different looks of the buildings. Colonialists brought Christianity to Ecuador in the 14th Century. This has played a huge role in what Ecuador is today.

A significant portion of the population is catholic.  We toured one of the 20th century churches, which is enormous. It’s the second largest church in south America! To get to the view point, at the top of the church, we had to climb a set of steep steps which were absolutely terrifying. Despite this almost all of us, including myself, made it to the top.

From there we were able to see the giant statue of Virgin Mary on one of the hills. It faces the North Side and Old Quito. It’s said that it was made like this so that Mary was turning her back on the poor (the South Side). This, I found to be incredibly ironic as many people of lower incomes practice religion.

After lunch (which was delicious and filling), we headed to Mitad Del Mundo. I myself had a siesta in the bus on the way as most did. This place is exactly on the equator. In a small pre-colonial village we learnt some crazy facts about this place of earth. You can balance an egg on a nail because of the gravitational forces colliding.

Its not easy, but Sara was able to do it. She received her Egg Master Certificate. Its also super hard to walk in a straight line (the drunk test) directly on the equator line because of these forces. Also, fun fact: if you’re north of the equator water in a sink will spin counter clockwise while in the south it spins clockwise. On the line, water span out of a drain straight down. Crazy!

Overall I found city life really interesting because it’s nothing like North America. There are dogs roaming the streets, and the pedestrians do not have the right of way. Buildings are more colourful and citizens are far more likely to converse with you. One thing that hit me was the signs. Despite 5% of Quito's population being white , every poster or billboard featured a white person.

I am unsure as to whether or not this is because of the cultural influence of America, or if it is because for a long time people of a lighter skin tone were considered to be wealthier. Either way I thought it was an inaccurate representation of the people who live in Ecuador. Today was a good start to the trip and we are all looking forward for more good days to come.

Check out travel stories from our past participants on Engage Ecuador trips.